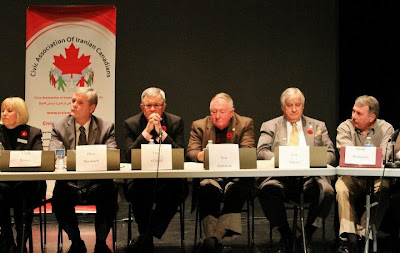 This is the second time I've run for a seat on Coquitlam city council, the first coming a year-and-a-half ago, when I contested a by-election. The campaigns are similar in many respects--funds have to be raised; signage designed; invaluable volunteers organized (thanks to everyone who's helping!); paperwork completed; ads designed and placed; pamphlets written, printed and circulated. Et cetera.
The big difference is in the number of organizations that want to know your platform or want to know your position on a specific issue. So far, I've responded to detailed questions from the Now, the News and the Vancouver Sun. I've also filled out questionnaires from the arts community, and am in the process of answering a very detailed one from Greater Vancouver homebuilders.
There are a few others I've completed, as well. But I've let the politically charged "Living Wage" query slip by. And, oh yes, I travelled downtown a few weeks ago to tape a two-minute presentation for Shaw TV. It and hundreds of others were airing yesterday.
And then there are the all-candidates meetings. I recall participating in four during the by-election campaign. This time, there are a seven, count 'em, seven for council candidates. Yesterday's, sponsored by the Civic Association of Iranian-Canadians (pictured, courtesy of the association), was the third. We have the final four over the next seven days.
All in all, it's quite the schedule, and makes me evermore appreciative of the higher-level politicians who campaign for months or, in the case of the U.S. presidential race, years on their way to elected office.
And one final thought: It's hard not to come to the conclusion that there's really no excuse for citizens to say they aren't voting because they don't know anything about the candidates. There's more information out there than ever before, in print and especially online.
Posted by Terry O'Neill at 7:38 AM