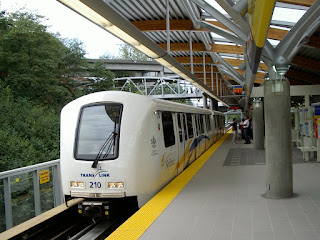 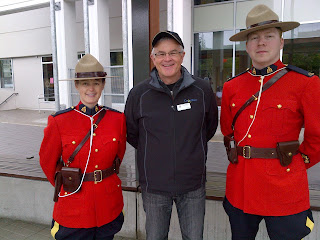 Living in a denser metropolitan area

It was because of convenience and cost that I took the Westcoast Express train to and from downtown Vancouver yesterday to attend the Vancouver Urban Forum. But the fact I left my car in the suburbs and took public transit into an urban centre could also be seen as an endorsement of some of the conference's major themes, specifically those involving the call for more and better public transit.

On the whole, I found the forum to be not only useful but also reassuring, insofar as the two dozen or so presenters each, in his or her own way, advanced positions that supported Coquitlam's current land-use and zoning policies around housing choices and densification.

The undoubted star of yesterday's gathering was Harvard economics professor Edward Glaeser, the author of Triumph of the City: How Our Greatest Invention Makes Us Richer, Smarter, Greener, Healthier and Happier. The fact he anchored his pro-city, pro-density presentations in a firm field of statistics made his arguments even more compelling. The Vancouver Sun's Don Cayo has written about him in today's paper.

The forum was organized by former Vancouver mayor Sam Sullivan, who must be commended for bringing together such a large, diverse and interesting roster of experts. Unfortunately, however, Sullivan was also responsible for two of the gathering's worst clunkers. The first, which he dropped on the audience early in the proceedings when introducing himself, was his declaration, that, "I represent the mother of all invasive species, humans."

Sullivan may think of himself as a noxious weed or a rapacious fish that has been transported into an eco-system in which it doesn't belong, but I don't view him that way and I certainly don't view all human being that way. Extending Sullivan's logic, one would be forced to conclude that the only proper place for humans is in northern Africa, the area from which scientists say our ancestors originated.

I'd argue that it makes more sense to say that, given humanity's success in inhabiting so many parts of the world, that the entire Earth is our "natural" habitat. Whether we're stewarding the Earth's resources wisely is, of course, another question entirely.


Sullivan was also responsible for the Sprawl Meter, to which he referred numerous times over the course of the day-long forum. This meter allegedly measures, by the second, the square footage of land being developed in the suburbs. Like the more famous doomsday clock (measuring the world's proximity to nuclear disaster) or the ubiquitous debt clocks we see at the federal and provincial levels, the unvarnished implication of the Sprawl Meter is that all suburban land development is bad, bad, bad.

However, while it can be argued that the development of one-acre lots for a single-family home might be environmentally irresponsible, surely no one at the conference would suggest that the high- and medium-density development that is going on in Coquitlam, for example, is an unmitigated evil.


Even if you take it as gospel that any further use of the Lower Mainland's limited landbase for residential reasons is wrong (and I don't), the responsible thing to do would be to discriminate between the varying degrees of undesireability represented by different densities of development.

On the whole, however, the conference was most useful. No one was saying we all must live in high-rise towers in order to save the planet. Rather, human-scale, people-friendly neighbhourhood with medium density can do the trick, too. And where there are high rises, engaging, street-level shops and or homes are the way to go--a direction that was pioneered by the City of Vancouver.

Walkability, proximity to transit, and networks of separated bike lanes are also important when densifying. Much of this is common sense, but it was still good to hear it from an uncommonly rich roster of presenters.