The high cost of 'smart growth' 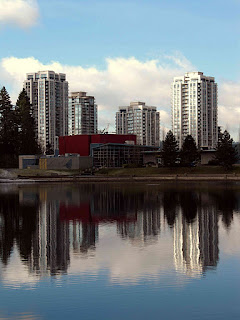 With land development, population growth, zoning regulations, and the issue of so-called urban sprawl all being discussed during the current campaign, I was pleased to see the Frontier Centre for Public Policy issue today a timely and trenchant analysis of the impact of restrictive land-use policies on home prices. Well worth the read.

The Cost of 'Smart Growth'
By Steve Lafleur

Over the course of the last 40 years, governments have attempted to combat urban sprawl with restrictive land use policies, collectively known as “Smart Growth.” The core of the approach is to orient land use policy toward compact neighbourhoods with a mixture of commercial and residential housing. But while these types of neighbourhoods are often desirable, a report recently authored by Wendell Cox for the Frontier Centre for Public Policy demonstrates that Smart Growth policies have undermined housing affordability. The housing markets with the most stringent land use regulations saw housing prices increase four times as fast as housing in less restrictive markets. This helped to fuel the mortgage crisis from which the global economy has yet to recover.

Smart Growth policies gained traction due to the urban flight that began in the 60s. The massive expansion of suburbia was accompanied by an expansion of automobile ownership, which has raised the ire of environmentalists. Meanwhile, as cities hollowed out, their infrastructure decayed, and crime rates spiked. The solution devised by many urbanists was to force people back to the city. Some cities such as Ottawa and Portland, Oregon, created urban growth boundaries in the attempt to curb sprawl and encourage dense development within the cities. Toronto recently followed suit. Unfortunately, attempts to crack down on sprawl have done little more than drive up home values.

Regardless of one's lifestyle preferences, it is hard to ignore the fact that the majority of people in North America would wish to purchase a single dwelling house at some point in their lives. Attempts to crack down on sprawl have simply pushed people out further, which is why the City of Toronto proper is the slowest growing city in the GTA. People and businesses have migrated to cities such as Barrie and Vaughan, which are far more open to low density development. The same has happened in the Smart Growth Mecca of Portland, where companies such as Nike, Intel, and Columbia have massive complexes outside of city limits. Smart growth has not been that smart: it has had precisely the opposite effect intended by its advocates.

The evidence that Smart Growth increases home prices is unmistakeable. The report by Cox compared US housings prices in the eleven markets with the most restrictive land use regulations to the twenty two least regulated markets. In the least regulated markets, the median housing prices at the peak of the bubble in 2008 were between two to three times the median income. In the highly regulated markets, the median housing prices were between five and eleven times the median income. Housing values increased by 112 per cent between 2000 and the peak of the bubble in the most restrictive markets. Roughly $2.2 trillion in housing price escalation in these markets can be attributed to restrictive land use policies. Despite the fact that these eleven markets only account for 28 per cent of the housing in the United States, they accounted for 73 per cent of the home value lost during the crash. This makes Smart Growth the single biggest factor in the mortgage market meltdown.

Instead of using heavy handed regulations to combat sprawl, urbanists should focus on the incentives that work against density. Many cities, such as Toronto and Regina, tax multi-residential rental buildings at a far higher rate than single dwelling housing (four times more in Toronto). This makes rental units dramatically more expensive. Home ownership incentives in place also make single dwelling housing comparatively less expensive. Such policies should be eliminated, and cities should work to ensure that developers are paying the full cost of development.

Urban sprawl cannot be stopped. Nor should it be. After all, it creates a large volume of affordable housing, giving significant benefits to those who are less well off. But it also shouldn't be subsidized. Instead of punishing sprawl, urbanists should focus on ending policies that punish density. Forcing people to live in mixed use neighbourhoods hasn't worked. Removing the barriers to the creation of these neighbourhoods is a far more sensible approach.

--Steve Lafleur is a policy analyst with the Frontier Centre for Public Policy. The full FCPP report on which this article was based, "The Costs of Smart Growth Revisited: A 40-Year Perspective," by Wendell Cox, can be accessed here.

The photo, which I took earlier this year, shows high-rises reflected in Coquitlam's Lafarge Lake.
Posted by Terry O'Neill at 8:56 AM