A successful Walk for Memories 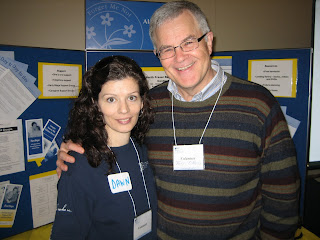 I've just finished a wonderful day acting as Master of Ceremonies for the Alzheimer Society of B.C.'s Walk for Memories in the Tri-Cities (Coquitlam, Port Coquitlam, Port Moody), Burnaby, New Westminster, Pitt Meadows and Maple Ridge. It was very well organized event, thanks to volunteer chair Dawn Price, who's pictured with me in the photo above. Dawn was privately hoping that the event (one of several held around the province on this day) would raise at least $5,000. But mild, (almost) dry weather along the Port Moody waterfront, a larger-than-expected turnout, and a fine, positive attitude exhibited by all participants led to an amazing total of $20,000! I was honoured to have been involved. Congratulations to everyone!
Posted by Terry O'Neill at 5:34 PM No comments: 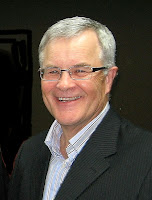 Check back in mid-February for my announcement!
Posted by Terry O'Neill at 1:33 PM 5 comments: