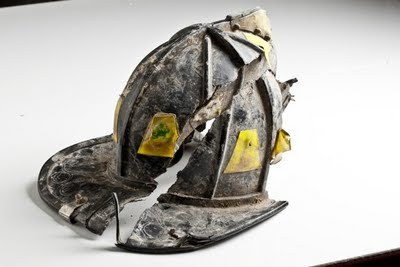 As the world marks the 10-year anniversary of the 9/11 terrorist attack on the U.S., and honours the innocent (and, in many cases, heroic) men and women who lost their lives that day, most of us will also remember exactly where we were and what we were doing on that unforgettable morning. Please allow me to share my memories:
I was headed to YVR, scheduled to fly on a 7 a.m. flight to Calgary for a meeting with my colleagues at The Report magazine, that morning. It was only when I pulled into the YVR parking lot at about 5:50 a.m. (8:50 a.m. Eastern) that I heard the first brief radio report of a plane crashing into one of the World Trade Centre buildings. I thought it was an unfortunate accident, probably involving a small aircraft.
By the time I got to the departure lounge, I learned that another plane had flown into the WTC. And it was apparently no accident. Nevertheless, my fellow passengers and I actually boarded the WestJet plane that was supposed to fly us to Calgary. However, several minutes later, amid rising confusion and uncertainly, the attendants instructed us to de-board and wait in the departures lounge until we could get clearance to fly. Many people were on their cell phones. And a few were sobbing.
After waiting for perhaps 30 minutes, I realized that even if planes were to fly later in the day, I would miss my meeting in Calgary, so I headed back to the parking lot and home to my office. I don't know how much longer the folks in the departure lounge stayed until they finally left.
Later, I realized that my scheduled flight was surely among the first (if not the first) grounded flight in Vancouver, and that if I had been on an Air Canada flight to Calgary that left just a few minutes before my WestJet plane was scheduled to leave, I would have ended up stuck in Calgary for several days because, of course, air traffic ground to a halt because of 9/11.
I have saved my flight documents from that morning -- a souvenir of a dramatic, sorrowful and unforgettable day.
Posted by Terry O'Neill at 8:48 AM