The Case for a Municipal Auditor-General 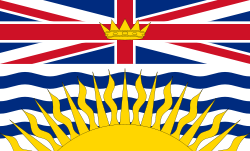 This is from the "music to my ears" file: an opinion piece that has just been circulated by Ida Chong, the Minister of Community, Sport and Cultural Development, in which she explains why a Municipal Auditor-General is needed. I especially like Minister Chong's declaration about "value-for-money performance audits" being performed. Like I said, music to my ears.

VICTORIA - Premier Christy Clark has made a commitment to set up and fully fund an Office of the Municipal Auditor General for British Columbia. We are working toward that commitment - listening to the views of Union of B.C. Municipalities (UBCM) Executive, local governments, the business community and the general public.

As the global economy has shifted, we have all had to look at how to be innovative with our resources and stretch taxpayer dollars at every level of government. Provincial and federal expenditures are currently reviewed by an auditor general to ensure that taxpayers are getting value for money. Citizens deserve to have that assurance about local government spending.

While the details are still being developed, we know that the Municipal Auditor General will conduct a limited number of value-for-money performance audits every year. The purpose of performance audits is to help local governments in their stewardship of community assets, to identify best practices, and to provide another measure of transparency and accountability for taxpayers.

For example, did funding a new water conservation campaign achieve its objectives of reducing water consumption during peak summer usage? Can a municipality optimize its fire services by delivering the services itself or through a contract with a larger adjoining municipality?

The Municipal Auditor General will not make or overrule policy decisions of elected officials (such as tax rates or land use); call into question the merits of local government program policies or objectives; make binding recommendations or impose requirements; or duplicate or displace current accountability requirements (such as local governments hiring independent auditors for annual financial audits).

I look forward to further discussion about how best to structure the Office of the Municipal Auditor General at the upcoming UBCM Convention in Vancouver.
Posted by Terry O'Neill at 3:49 PM