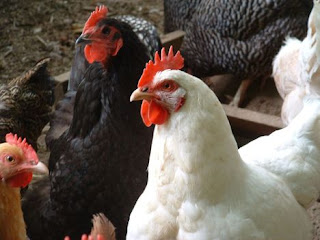 Politicians have been known to promise the electorate "a chicken in every pot." Vancouver councillors are breaking new ground, however, in allowing a coop in every back yard.

And, while the denizens of the downtown eastside scour garbage bins or line up at the Salvation Army for something to eat, council has also decided to deprive the soup kitchens of the means to add some substance to their offerings, choosing to build a $20,000 shelter for abandoned fowl, rather than sending the birds to the butcher.

A chicken in every pot? Not if it's an abandoned bird in Vancouver.
Posted by Terry O'Neill at 10:27 PM