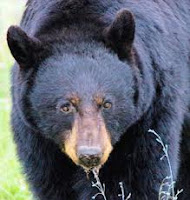 Acting on a notice of motion presented two weeks ago by Councillor Selina Robinson, Coquitlam council last night unanimously passed a resolution calling for the City to develop “an appropriate prohibition of bow hunting” in city limits.

Given the assertions made at council about some deplorable bow-hunting practices now taking place in Coquitlam, councillors’ support of the motion is quite understandable. However, one would have liked to have seen more evidence presented to support Robinson’s contention that the bow-hunting ban’s primary effect would be to increase public safety.

Robinson’s notice contended that there had been “at least two documented instances of bow hunting of bears in Coquitlam this past summer, resulting in at least one bear being seriously injured, which in turn resulted in the bear leaving private property and wandering into a city park and other public areas.”

She further stated that “bow hunting of animals not only causes animals to suffer, but creates a risk to human safety from an injured animal shot with a bow and arrow.”

At last night’s council meeting, more information was presented: the bears in question were apparently rambling around on blueberry farms in the Deboughville slough area; farmers were allegedly inviting people to come onto the farms to shoot the bears (and perhaps even charging for the right); and, under provincial legislation, farmers actually have the right to shoot wildlife to protect their crops.

As distasteful and emotionally upsetting (especially to councillors such as Mae Reid, a committed animal lover) as the shooting-for-sport assertions are, if we are to take Robinson on her word, the central focus of the issue here is public safety, not animal cruelty or animal rights.

This being the case, then one might reasonably ask whether, if bow-hunting were banned, and given that farmers would still have the right to use high-powered rifles to shoot bears, the ban would actually increase safety to the public.

To answer the question, one would have to consider a number of factors, including whether hunters using bows are more likely to injure rather than kill bears, compared to hunters using rifles. In other words, which hunting method creates the greater risk of an injured beast roaming into public areas?

As well, one would also need to know whether hunters are more likely to completely miss their target using a bow or a rifle. In other words, which hunting method creates the greater risk of a stray projectile (arrow or bullet) travelling into a public area, and perhaps hitting an innocent bystander? One thing we do know is that a bullet can certainly travel a far greater distance than an arrow can.

And so, if protection of the public is the prime concern here--and I believe it should be--then council should ascertain all the facts about the two methods of hunting before making any decisions. Council might also look into the bigger question of allowing any sort of hunting in and around populated or park areas.

Bottom line: we’ve seen far too many instances of “unintended consequences” taking place when politicians enact a feel-good policy or law in response to a powerful emotional argument. The last thing we need here is a law that has the unintended consequence of actually decreasing public safety.

Photo of Coquitlam-area bear from news1130.com
Posted by Terry O'Neill at 8:20 AM