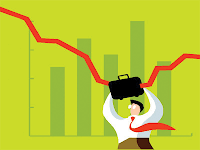 The Vancouver Sun's front-page story today, about that city's depressing record of business-licence growth, carries a table that displays several cities' figures from 1998 to 2010. Coquitlam's stats are not included, so I went to Metro Vancouver's website, and dug up the figures myself.

What I found was not very impressive.

The city posted a net business-licence gain of 789 over the period, a figure that ties it for 10th best of the 19 reporting municipalities. But smaller Port Moody reported a whopping 1,441-licence increase over the same period, and Port Coquitlam showed an increase of 984.

Worse yet was the percentage change. Port Moody's increase translates to a 118.5% gain, and Port Coquitlam's to a 43.1% boost.

Coquitlam's? Well, starting with 4,700 licences in 1998, and ending with 5,489 licences in 2010 gives us a mere 16.8% increase in business licences. That's five points less that the Metro average -- an average that is weighed down by the City of Vancouver's miserable 0.09% increase. Surrey, on the other hand, saw its business licences increase by 5,571, which works out to a 43.85% boost. Langley Township reports a whopping increase of 159.6%.

All in all, Coquitlam doesn't have much to be proud of. It's yet more evidence that Council needs to recommit itself to reducing the big gap between the property-tax rate that local businesses pay and that which homeowners pay. Remember: According to the CFIB, Coquitlam's gap was the worst of all the province's biggest municipalities in 2010 (worse than even Vancouver's notorious gap), and was the fourth highest of any municipality in the province. In 2010, the business tax rate was a ruinous 4.69 times as high as the residential rate.

By signing the CFIB's Taxpayer Pledge, I've committed myself to lowering the gap, improving the business environment, thus spurring the economy, and increasing tax revenue so that residential rates can be held in check as well.
Graphic from asianweek.com.
Posted by Terry O'Neill at 7:28 AM