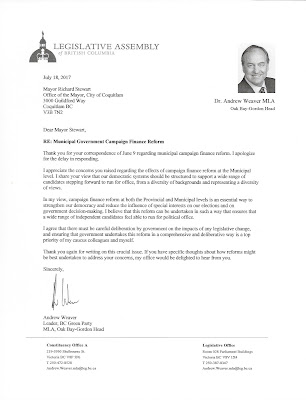 I appreciate Dr. Weaver's thoughtfulness in dealing with this important issue, and look forward to future communication with him and his party on the subject.
Posted by Terry O'Neill at 5:01 PM