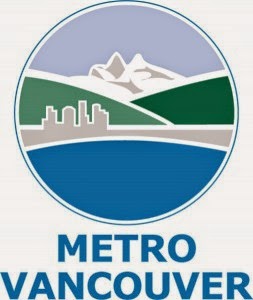 Ok, so here's what bugs me about the way the GVRD (aka Metro Vancouver) governance system works. 1. A candidate gets elected to a local council and is soon sworn in, pledging to do what's best for his or her community. 2. A few of those councillors and mayors are then selected by their councils to represent their community on the GVRD board of directors, where they are then sworn in, pledging to do what's best for Metro.
See the problem? You can't serve two masters. It's as simple as that. Yet, that's what's being asked of Metro directors. Not only are they not directly accountable to any electorate, they also find themselves in situations where, if they're doing what's best for Metro, they might not be doing what's best for the community that elected them.
This is why I tabled a Notice of Motion at last night's council meeting (seconded by Councillor Asmundson), seeking council backing to ask the provincial government to review GVRD governance. My motion follows a similar one passed last month at the BC Chamber of Commerce AGM.
You will find the text of my Notion of Motion below, as well as the background paper from the Victoria Chamber which explains the BC Chamber's motion.
I expect that Coquitlam council will deal with this issue at its next meeting.

Whereas concerns about the democratic accountability of the Board of Directors of the Greater Vancouver Regional District (Metro Vancouver) have arisen involving board members’ twofold roles as, first, politicians directly elected to serve their communities on local councils and, second, as representatives who are later selected by their respective councils to sit on the GVRD board; and

Whereas, at its May 2014 AGM, the B.C. Chamber of Commerce, citing issues related to the need for increased accountability and better local decision-making at the regional-government level, called on the provincial government to conduct an independent study of urban and rural regional governance models to identify best practices and efficiencies and determine the feasibility of implementing those in B.C.


Therefore, be it resolved, that Coquitlam Council call on the provincial government to conduct a study of regional governance models, not only to identify best practices and efficiencies but also to increase democratic accountability, so as to determine the feasibility of implementing these goals in B.C..; and that Council’s resolution be forwarded to the next meeting of the Union of B.C. Municipalities for its consideration and endorsement.

Here is the text from the Victoria Proposed Policy Resolution that was adopted during the BC Chamber AGM in May 2014. The final version of the policy statement is currently being edited, but this is the resolution as it was passed.

In 1966, the B.C. government established the regional district concept of local government in hopes of dealing with problems that transcended traditional municipal boundaries. These regional governments operate throughout the province as a local form of government, governed by the Local Government Act. Prior to the introduction of regional districts, land use and planning were done directly by the Province, whereas local services (such as fire protection and water management) were provided by independently incorporated improvement districts or municipalities under contract with the Province.
Today, there are 162 municipalities in B.C., plus 27 regional districts. Most regional districts inhabit primarily unincorporated rural areas (electoral areas). However, some urban areas, which have been deemed regionally unregulated because of numerous neighbouring municipalities, have become dependent on regional districts for certain regional responsibilities. In the Greater Victoria area alone, there are 13 municipalities with one encompassing Capital Regional District (CRD), serving a population of over 350,000. In the Lower Mainland the regional district, Metro Vancouver (Metro) represents 24 members including 22 municipalities, one electoral area, and one treaty First Nation and serves a population of 2.3 million.
The purpose of regional districts is three-fold: they are regional governments that deliver regional services; they are inter-municipal and provide a political and administrative framework for the delivery of services on a partnership basis; and they can offer local government services for unincorporated areas.
The CRD and Metro are both somewhat considered regional district anomalies because of their highly-populated urban areas. In these two districts, the regional governments primarily provide fully regional services like water supply and air quality management. In contrast, less populated regional districts are more focused on providing local services like planning, and fire protection. While both the CRD and Metro share regional problems, the province deals them with quite differently. Most notably, accessing capital and transportation management are two key issues handled legislatively in a different way from one another.
In 1988, the legislature adopted the Greater Vancouver Transportation Authority Act, which was the result of extensive negotiations between the province and the regional district. This was significant in a number of respects: it gave the GVRD new powers in transit, major roads, air care and Transportation Demand Management; and provided revenue sources to match. Significantly, it removed hospital financing as a regional district responsibility as one of the swaps necessary to achieve a balanced and mutually acceptable package. In contrast, the CRD, which is experiencing significant transportation challenges, has no governing transportation body overlooking the region.
The Municipal Finance Authority Act was created in 1971 and took advantage of the emergence of regional districts and mandated that all municipalities - with the exception of the City of Vancouver and special boards - had to borrow through their regional districts. This allowed local governments, through their regional districts, to pool their assets and borrowing requests and collectively approach the marketplace producing benefits in lower borrowing costs. Thus, while the CRD’s primary city, Victoria, must borrow money through its regional district, Metro’s primary city, Vancouver, is not mandated to do the same.
Metro’s unique agreements with the province have allowed some of its main issues to be somewhat mitigated. Particular areas of BC have grown and will continue to grow at unprecedented rates since the establishment of regional districts, including the CRD, Regional District of Central Okanagan, Regional District of Nanaimo, and Regional District of Fraser-Fort George. As these urbanized regions escalate, they may also benefit from similar agreements that the province holds with Metro.
A continuing concern of many residents in urban areas is the question of representation on regional district boards. Residents of electoral areas elect a representative to sit on the regional district board. Meanwhile, representation of municipal areas on the district’s Board of Directors is supposedly ensured by directors who are members of municipal council and appointed by their councils for terms of three years. In other words, municipal voters have no direct voice in deciding which of their elected representatives will be on their regional district’s Board of Directors.
A recent example of this need for increased accountability and better local decision-making is the concern over the proposed property tax increases outlined by BC Transit and the Victoria Regional Transit Commission in the coming years, echoing the concerns raised in the lower mainland over tax increases by Translink in 2010. While other regions are also experiencing unsustainable increases, the CRD’s example illustrates the problem most vividly. As published, the increases reflect a more than doubling of the property tax portion from just over $60 million in 2009/10 to over $113 million in 2015/16, increases that will hit businesses in the region particularly hard.
While the business community supports the goals of public transportation and the principles of sustainability, there are significant concerns that such increases are financially unsustainable. This most recent example continues to call for the formation of a regional transportation authority, one that encompasses all transportation modes and provides for increased accountability and local decision-making.
It appears the regional governance model does not serve the majority of districts well. The fine- tuning of the regional governance structure to meet the needs of particular areas is too short term an approach and longer-term solutions are required. The solution also needs to address the different issues and concerns facing both rural and urban regional districts. The regions need to be treated fairly and appropriately and review of this important governing body and its role is needed.
THE CHAMBER RECOMMENDS
That the provincial government conduct an independent study of urban and rural regional governance models to identify best practices and efficiencies and determine the feasibility of implementing those in B.C.