Mainstream media have yet to learn suicide lesson 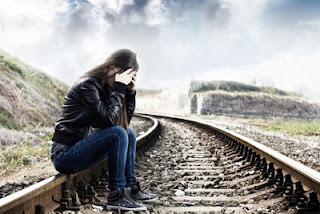 It's been almost  two weeks now since I wrote my blog urging caution about over-publicizing suicide. I am pleased to report that, since then, Charlie Smith, the editor of the Georgia Straight newspaper, decided the piece was significant enough to merit placement on his website, complete with a new graphic from Shutterstock, which is reproduced to the right.

Furthermore, two insightful readers of this blog added their comments to my original piece, further elaborating on the issue. I urge you to read them.

I hadn't thought I'd need to write about the subject again quite so soon, but I feel that, in light of a new controversy, some additional commentary is warranted. My concerns centre on the pulicity over the alleged "suicide pact" among aboriginal children in east Vancouver. As has now been made clear by Vancouver School Board Chair Patti Bacchus, initial news reports grossly distorted the situation, in which, in reality, only a few youngsters were actually contemplating suicide; the rest were merely involved in online commentary about the issue. A radio report of her comments, which I heard earlier today, also quoted Bacchus as saying the media must be extremely careful in reporting on suicides because of the contagion effect, of which I and, moveover, the Georgia Straight, wrote earlier. Good for Ms. Bacchus!

One would think that, of all types of stories the media cover, they would be most careful in writing about suicides. Instead, it now seems that tabloid values have triumphed..

There was a time, of course, when virtually no reporting of suicides took place. I recall very well that, throughout most of my career, editors were aware not only of the need to respect the privacy of the family of the person who had died (not the least reasons for which were because the family was often overwhelmed by feelings of shame and guilt) but also because of the recognized negative impact that such reporting has on vulnerable individuals.

Sadly, however, those standards have been eroded. A person who commits suicide is now increasingly portrayed as a victim of external forces rather than as someone who has thrown in the towel or lacked the fortitude to face a difficult time. And, rather than search for the root of the nihilistic malaise which infects all too many troubled youth, activists and politicians rush in to try to grab their five minutes in the media spotlight.

Meanwhile, the televised handwringing and gnashing of teeth ends up having the effect of teaching troubled kids that suicide can guarantee a moment or two of fame for them, too, even if it's postumous.