The RCMP contract squabble: A game of political chicken?

After a long day of in-camera meetings, public committee meetings, public hearings, public meetings and then a full council meeting, one of the final things on Coquitlam Council's agenda tonight is the policing contract with the RCMP. The Province has given municipalities until the end of this month to approve it. Failure to do so will be a de facto declaration that the balking municipality intends to set up its own municipal force, a la Port Moody and New Westminster. We'd be given two years to wind down the RCMP service and conjure up a local one. 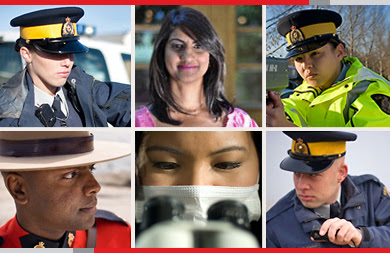 Several of my council colleagues have been asking for more details about the contract and balking at passing it-- and in so doing have made some local headlines, as I pointed out in a Facebook post a few days ago. Nevertheless, even though those questions may remain unanswered, I cannot see how they can vote against the agreement tonight.
I'll be voting in favour of the agreement, primarily because contracting with the RCMP to provide local policing is demonstrably less expensive than the alternative; this is so because the federal government contributes 10% of the cost. And also because I know that voting against is tantamount to declaring that we should get rid of the RCMP, and that's just not something that I think is responsible at this (or, perhaps, any) stage.
But even if I were opposed to approving the deal today -- and wanted to keep open the option of setting up a local force of our own -- I'd still be voting in favour of it, for the simple reason that the City and its people are not at all prepared to go down that path yet. The comparison figures, between a local force and the RCMP, that we have are several years old. The mechanics of the change are unknown to us. And, for that matter, we don't even know what Coquitlam voters think about this option.
Moreover, agreeing to the deal today does not lock the city into the RCMP agreement for the full 20 years of its term. That's because all that a municipality has to do is give two-years' notice to end the agreement.
Therefore, it simply doesn't make sense for anyone to vote against the agreement tonight. If one of my colleagues is opposed to the deal, it would be precipitous to vote against it. My suggestion: vote for it, but then table a notice of motion asking for a new and exhaustive study, complete with extensive public input, into the pros and cons of opting out at a later date. That's the responsible thing to do.