Council swims with the sharks 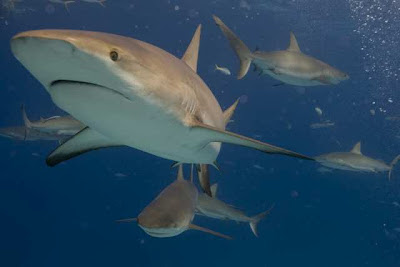 Last night, after some spirited and informative debate, council passed a motion asking staff to prepare a bylaw to “ban . . . the possession, trade, sale and distribution of shark fins . . . and that staff provide a report on how to proceed with such an initiative especially focusing on the issue of compliance.”
The action is in response to the widespread revulsion being felt in response to exposes on the abhorrent nature of the shark fishery – fins are chopped off live sharks, and the beasts are then left to bleed to death, their carcasses sinking to the ocean floor.
Not only is this wasteful, but it’s cruel. On this, everyone on council agreed. In fact, we unanimously voted in favour of sending a letter to Ottawa asking the federal government to ban the importation of shark fins, whose primary use is in expensive soup favoured by the Chinese.
There was no unanimity on the motion to enact a local bylaw, however. Mayor Richard Stewart, Councillors Linda Reimer and Brent Asmundsen, and I spoke against the motion, largely because of two concerns we shared: That this is properly a federal matter; and that the action opens the door to countless other social-justice actions which are not properly in our mandate.
When it came time for the vote, however, Stewart, Reimer and Asmundsen did not raise their hands either in opposition or in favour of the motion, which left me as the only official opponent. So be it.
One of the points I made in my speech was that Councillor Mae Reid, the sponsor of the ban, often complains about downloading by senior governments of responsibilities onto the city. She invariably says cities need new ways to raises taxes to fund these new responsibilities.
It is ironic, then, that she’s now seeking new responsibilities that properly rest with senior levels of government – responsibilities that call for more expenditures, through compliance efforts, by the city government. Where once she opposed “downloading,” she is now in favour of its opposite – “up-grabbing” (a term I think I invented last night).
Also of note is the form of the motion itself. It doesn’t talk about exploring the issue, researching the facts, and confirming that these outrageous acts are actually taking place. No, unlike the simplest zoning bylaw amendment, for which we ask staff to present detailed background on everything from the impact on tree coverage and water drainage, to traffic congestion and noise, this motion seeks no information other than how it might be enforced. This just doesn’t seem right.
Moreover, the motion is rather contradictory. At first, it asserts that the city implement a ban on anything to do with shark fins, and then it asks that staff provide a report on how to proceed with such an initiative, especially how compliance might be achieved. But isn’t this rather like shooting first and asking question later?
I also suggested that there’s nothing intrinsically wrong with using shark fins, and that, perhaps one day, shark fins can be “certified” by some international agency as having been obtained in a way that is neither inhumane nor wasteful.
Another issue surrounding this has to involve the unfortunate precedent it sets. As I suggested in my Facebook posting last night, it opens the doors to countless other animal-welfare initiatives. Moreover, I have to wonder whether an even wider range of social-justice-type motions are now poised to be unleashed on us.  These might include a motion to ban the sale of iPads, iPods and iPhones, which some activists say should be shunned because of harsh working conditions at factories in China.
Or perhaps, we’ll boycott minerals from South America because of low wages paid to miners, or clothing from developing nations because of child labour, or products from Nestle because of a decades-long boycott campaign over its production of baby formula.
I’ve even heard of an international boycott on all global food conglomerates, including Nestle, Philip Morris and Unilever. Are we now poised to send the bylaw enforcement officers into Safeway, Save-On and the Real Canadian Superstore to purge these supermarkets are the products of these companies? I hope not, but the door is now wide open.
Let’s get one thing straight: the shark-fin fishery, as now constituted, is despicable. We humans are supposed to be good stewards of the environment and, at the very least, the shark-fin fishery is horribly wasteful.
That’s one of the reasons I called for the sending of the letter to Ottawa (a call which Councillor Reimer adroitly transformed into a formal motion) – a call to action that I am pleased council supported unanimously.
Shark image from tomorrowisgreener.com