A risk in being productive? 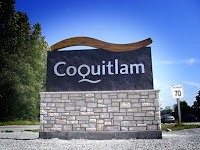 It’s a risky world we live in. Around the globe, people face natural disasters, civil war, terrorism, the threat of government default, corruption and crime. But, according to the new “Enterprise Risk Management Plan” unveiled at council last night, the biggest risk that Coquitlam faces is a demand for increased productivity at City Hall.
At least that’s how I now interpret the meaning of the top “Key Strategic Risk” identified in a report presented to us on Monday. The exact wording of the risk is as follows: “Increasing public focus on municipal finances and spending results in additional pressure to achieve expected service levels with fewer resources.”
My first take on this surprisingly benign risk (what, no floods, earthquakes or tsunamis!) was to interpret it as meaning that there is a risk the electorate could become so unreasonable that, in demanding ever-lower taxes while also insisting on constant or rising levels of service, the city would become ungovernable. Take a look at Greece and you’ll get an example of what I was imagining.
And, indeed, when I spoke with City managers, they explained that they had identified this particular risk last fall, a time when the headlines were full of news about allegations of government overspending—news driven by reports from groups such as the Canadian Federation of Independent Business and the Canadian Taxpayers Federation.
To City Hall management, then, these groups (and, by extension, the politicians who championed their causes, such as me?) represented a threat to the status quo and, therefore, a significant risk. The report listed the possible impacts: erosion of public confidence in governments; erosion of the reputation of municipal councils; increased staff time and resources to investigate, analyze and respond to spending inquiries; and “sustainability of tax increases which impacts revenues and consequently expenditure budgets.”
But how much of a threat does this really constitute? The more I thought about it, the more I concluded that the “threat” actually boiled down to a public demand for increased productivity—getting more services out of existing revenue. And is this really so unreasonable?
All well-managed private companies are forced to look for such efficiencies on a regular basis. But governments too often take the easy way out, avoiding making the hard choices about finding ways to increase productivity and, instead, choosing the “easy” way by increasing taxes. Interestingly, the report identifies several “mitigation strategies” designed to answer the risk, but none of them specifically suggests that the City actually commit itself to increasing productivity.
Wonder why? Well, insofar as increased productivity can be accomplished by bringing down civic workers’ salaries so they are more in line with those paid in the private sector (thus allowing the City to hire more workers for the same overall payroll), any concerted effort to meet the public demand for the City to get a better bang out of the taxpayer buck is sure to generate considerable resistance from the labour organization that represents city workers, the Canadian Union of Public Employees.
Perhaps, then, the real risk implicit in the public’s demand for more productivity is of a protracted contract battle between the City and CUPE.
But this only becomes a risk if the City is determined to act on the public’s demands rather than defend itself against them.
I recognize that many city workers are talented, dedicated and hardworking—and, therefore, quite productive. All I am suggesting is that they would be even more “productive” if there were more of them at no extra cost to the taxpayer.
Photo from innovativesignage.com
Posted by Terry O'Neill at 11:57 AM