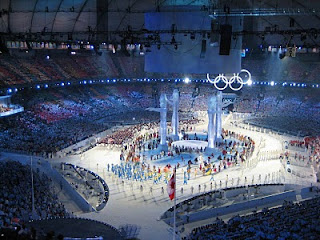 The saga continues. No, not the Olympics, but Coquitlam council's musings about whether and when it holds a by-election to replace Fin Donnelly.
Council voted unanimously tonight to defer a decision on appointing a Chief and Deputy Chief Election Officer, pending the outcome of a last-ditch meeting that the mayor will have on Friday with (if I heard correctly) the Deputy Minister of Municipal Affairs.
Council is going through the motions of attempting to avoid a by-election, thereby saving $250,000. But the chances are slim and none that council will succeed. A final decision is now expected at the March 1 council meeting.
What all this means, of course, that my own final decision on whether or not to seek a seat on council will have to wait until then. I can't very well run or not run in a by-election that hasn't even been called.
Meantime, there's always the Olympics to take up any spare time I might have. My wife and I were lucky enough to obtain last-minute tickets to the opening ceremonies last week (the above photo was taken from our Row XX seats), and we have men's hockey tickets too. Go Canada Go!
Posted by Terry O'Neill at 8:22 PM