Last year, I attended a speech in Vancouver by the eminent Roman Catholic leader, Thomas Cardinal Collins, and was very impressed by his ability to simplify and clearly communicate complex subjects. A letter made public today, below, is another example of Cardinal Collins' expert way with words, communicating very clearly the import and impact of a political decision Liberal leader Justin Trudeau recently enunciated. It certainly should cause Trudeau, a Catholic himself, to question the controversial edict to which Cardinal Collins is referring. 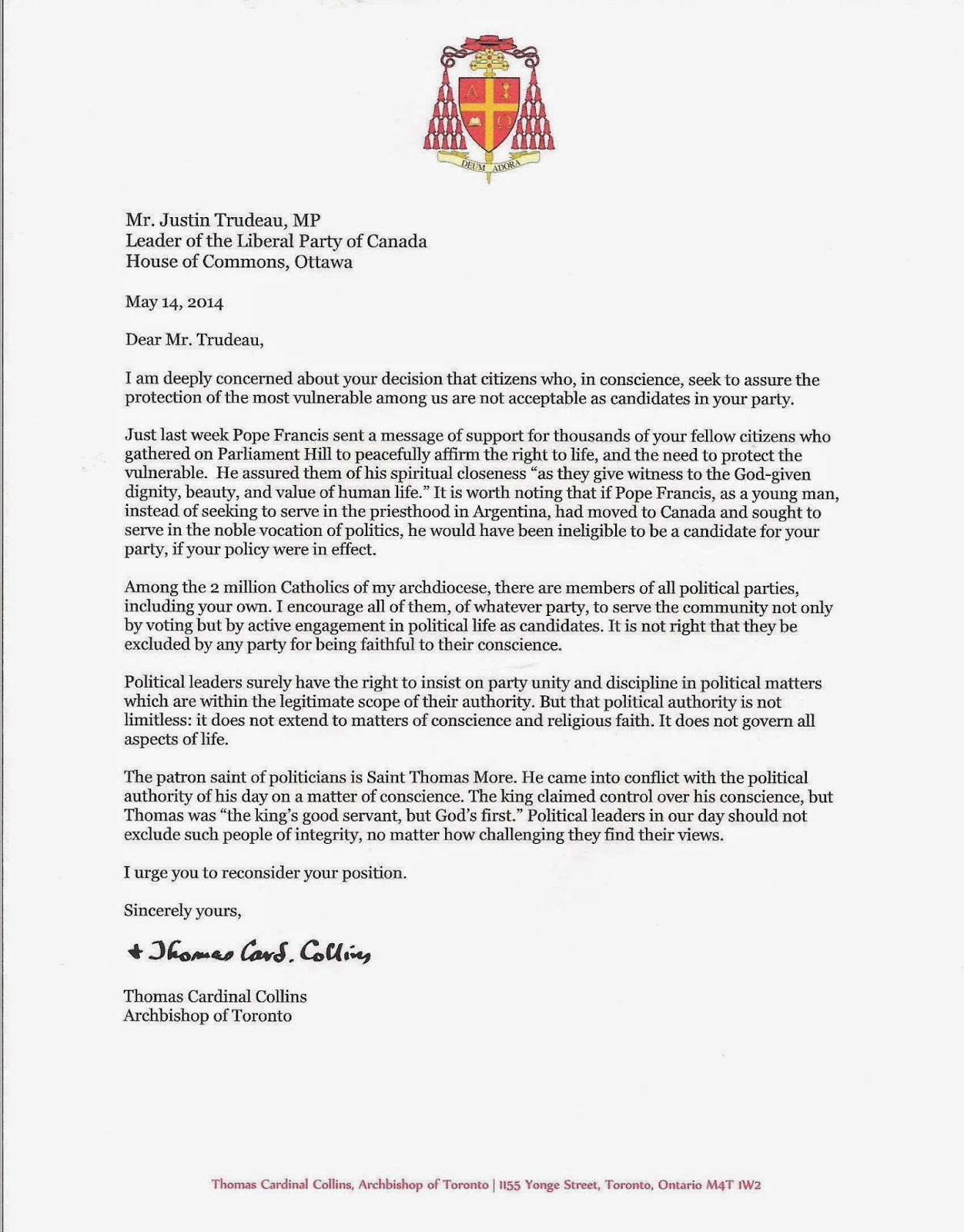