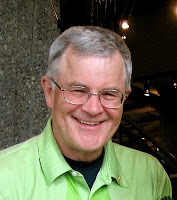 It's been decided. Coquitlam Council voted tonight to appoint a returning officer and to hold a by-election on May 15. Accordingly, I have now decided that I will, indeed, run in that by-election. Here is the press release I distributed to the reporters at tonight's council meeting:

COQUITLAM –Journalist and community activist Terry O’Neill has announced his decision to run in this spring’s Coquitlam council by-election.

O’Neill brings three decades’ worth of experience in journalism and community volunteering to his candidacy. A founding member and past president of The Eagle Ridge Residents Association, the award-winning writer currently sits on the board of the Coquitlam Foundation and chairs the finance committee of St. Joseph’s Parish.

“I am seeking elected office for the simple reason that I want to help make Coquitlam a better place in which to live,” says O’Neill, who has resided in the city with his wife and children for the past 30 years. “My neighbours and friends say they love our beautiful city, but they are also concerned that not enough is being done to solve problems involving transportation, crime and financial accountability.”

He continues, “With my record of community involvement and professional accomplishment, I believe I can be trusted to listen to the voters, make the tough decisions, and be held accountable for my actions. The bottom line is that we can work together to find pragmatic, commonsense solutions to our problems.”

O’Neill’s career has seen him win national news awards while editing and writing for such publications as B.C. Report and the Western Standard and, more recently, the National Post and the Tri-City News, for which he wrote half of the weekly Face to Face column for more than four years. His commitment to the community includes volunteering as master-of-ceremonies for this year’s Alzheimer Society of B.C.’s Walk for Memories and, in the past, as MC for the Crossroads Hospice Society’s Treasures of Christmas gala. He also served as vice-chair of the Education Committee of Archbishop Carney Regional Secondary School.

As well, he has been honoured by the Red Cross Society of Canada for humanitarianism, and by Canada Blood Services for distinguished citizenship.
Posted by Terry O'Neill at 9:25 PM