We've done a lot of work at the Coquitlam Foundation over the past several weeks on a major new initiative, so I thought I'd use my blog to help spread the good news. Read away! 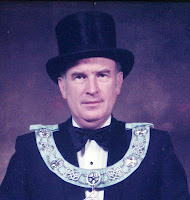 COQUITLAM – The Coquitlam Foundation is proud to announce the establishment of a major new fund benefitting medical-research, health and educational initiatives.

The new foundation-directed fund has been seeded with $355,588 from the estate of the late James Gordon Stewart (pictured), a longtime resident of Coquitlam who passed away in December 2009 at the age of 83. The fund is named in his honour.

“This is a remarkable bequest from a remarkable man,” says Colleen Talbot, chair of the Coquitlam Foundation. “The generosity and community spirit Mr. Stewart demonstrated are truly exceptional.” The foundation’s executive director, Dale Clarke, adds, “We are honoured to have been given the responsibility to steward this exceptional gift, and have committed ourselves to maximizing the good that it will achieve.”

Coquitlam lawyer Donald A. Drysdale, a co-executor of Mr. Stewart’s estate, says Mr. Stewart wanted to leave a perpetual legacy, and originally thought of establishing a standalone foundation in his name. However, upon further research, Mr. Stewart determined it would be far more efficient to make use of an existing foundation.

“And, as Jim wanted the foundation to have a focus centred on Coquitlam, where Jim had lived all his adult life, it was felt the Coquitlam Foundation would be the best choice,” Mr. Drysdale explains.

The Coquitlam Foundation has already contacted groups that will be sure to benefit from Stewart’s generosity. “The Kidney Foundation of Canada is both honoured and grateful to be named as one of the charities that Mr. Stewart’s foundation-directed fund will help support,” says Lorraine Gerard, Executive Director of the BC Branch. “We look forward to working with the Coquitlam Foundation to actualize Mr. Stewart’s legacy in support of kidney-related research and patient services.”

“Mr. Stewart’s gift to the Alzheimer Society of B.C. is a noble example of compassion for individuals and families impacted by this devastating illness,” says Jean Blake, CEO of the province-wide non-profit organization. “His bequest will help to ensure we can continue to provide support for those already on the dementia journey as well as fund research to find the cure.”

The establishment of the James Gordon Stewart Fund gives the Coquitlam Foundation yet another reason to celebrate this year, the 20th anniversary of its establishment. The foundation now manages about $2.2 million in foundation-directed and donor-advised funds.

Operating as the charitable “Heart of Coquitlam” for the past two decades, the foundation has distributed hundreds of thousands of dollars to local non-profit organizations, individuals, and students by way of grants, bursaries and scholarships.

The foundation is planning to distribute upwards of $50,000 within the community at its annual Awards Night, May 29 at the Evergreen Cultural Centre.

‘He made his small corner of the world a better place’

COQUITLAM – James Gordon Stewart was always simply “Jim” to his family. But by the time he passed away on December 30, 2009 at the age of 83, Jim Stewart had outlived all his immediate family and close relatives.

Nevertheless, while Jim might have had few loved ones left in his life during his final years, he still loved the life he had lived in Coquitlam and wanted to give something back.

That is why, when it came time to write his will, he decided to give the bulk of his estate to the city’s leading diversified philanthropic organization, the Coquitlam Foundation. He left clear instructions for the funds to be used for research into Alzheimer’s Disease and kidney disease, and to assist patients afflicted by those diseases. As well, he directed the foundation to use the funds to provide financial assistance to Tri-Cities students attending Simon Fraser University.

Stewart and his family moved to Coquitlam more than 50 years ago, and he made many lasting relationships with fellow Freemasons throughout the area; he once served as Master of the Capilano Lodge in North Vancouver. He enjoyed a successful career in sales, working in the fuel-supply business and then in wine marketing. His business sense carried over into retirement, where he displayed a knack for investing.

Eronne Ward, his longtime Arbury Avenue neighbour, remembers him well. “Jim was not blessed with a big family, but he had one of the most cherished gifts in life—he had true love,” she says.

Stewart’s wife Jean Pauline (nee McLean) passed away in 1997 and their lone child, Marilyn Louise Stewart (who had no spouse or child) died in 2008. Other relatives were either estranged or had also passed away.

“Marilyn’s passing was heartbreaking,” Ward recalls, noting that she died of kidney disease. “I cannot even begin to understand how he managed so well. During that time, Jim felt extreme grief and the realization that he was alone scared him so much, but he carried on.”

The struggle was especially daunting because he had gone blind a few years earlier following complications from cataract surgery. “But Jim took everything life handed him with a truly inspiring resilience,” Ward continues. “Whenever I expressed feelings of remorse for his handicap, he’d say, ‘I’m just blind. Other than that, I’m perfect!’”

That Stewart would bequeath funds to the Coquitlam Foundation is not surprising. “Jim had a truly generous nature, and his compassion will extend far beyond his years,” Ward says, adding that he often gave financial support to troubled young people that she took under her wing.

“The last two years of his life brought me to tears so many times, but never Jim,” she says. “He just put one foot in front of the other, took a deep breath and kept going. He made his small corner of the world a better place.”