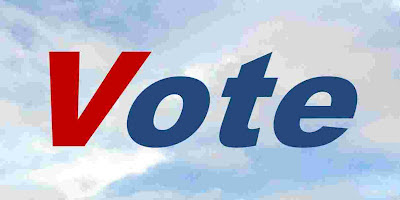 OK, so my voter-encouragement idea went up in flames on Monday night. But that's not necessarily the end of the story. In fact, I've decided to try to keep the idea alive by writing to AG Shirley Bond about it. Here's the text of the letter I mailed this afternoon:

Dear Ms. Bond,
I note that the B.C. government has officially requested that the chief electoral officer convene an independent panel to examine the potential for using Internet voting in the province. I understand that the action is being taken in response to low voter turnout at both the provincial and municipal levels—a trend that is evident in the City of Coquitlam, where the last general election saw just 21.7% of eligible voters cast ballots.
It was in response to this that I recently put forward a motion, asking for my Council colleagues’ support in seeking a legislative change that would encourage more voter turnout. My idea calls for the full publication of the names of persons who vote.
At present, the names are made public for only six weeks following an election, and are accessible only to those visiting City Hall in person; no copying of the names, other than in longhand, is allowed. My proposal would give municipalities the right to publish the names online and in print as a way of thanking voters who cast ballots and celebrating their commitment to democracy, thereby encouraging all voters to ensure that their names are put on the list.
Tabling of my notice of motion generated stories in both the Coquitlam NOW and the Tri-City News, as well as interviews with CBC One in Vancouver and CKNW’s Michael Smyth.
The idea came from an article in the summer edition (the” Ideas Issue”) of Atlantic magazine which, in turn, was based on a study done in Michigan. Copies of both are included, as are a copy of the blog item on the idea that I published and a copy of my formal motion. Regrettably, council chose on September 10, 2012 not to endorse my motion, and so it was not forwarded to the LMLGA or the UBCM (and thence to the provincial government) for their consideration.
Nevertheless, I still believe the idea has merit, and therefore am writing about it to you directly for your consideration.

Thanking you for your time,
Terry O’Neill
Councillor, City of Coquitlam